Ryan, Sughrue to Face Each Other in Final Match 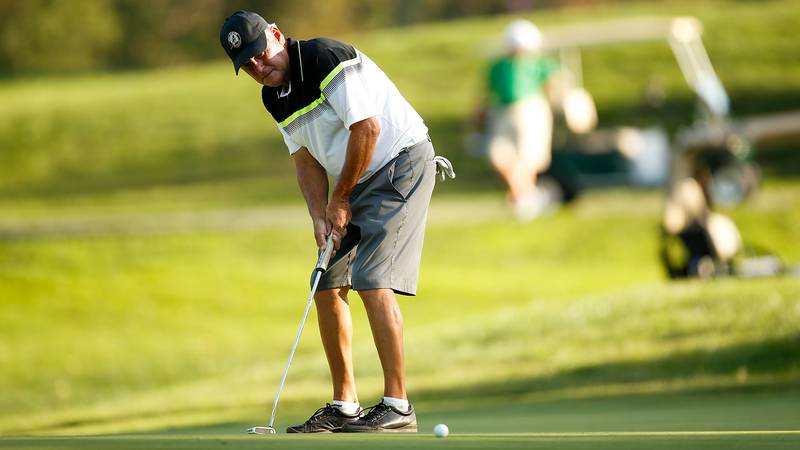 Dave Ryan and Matthew Sughrue each won two matches on Wednesday to advance to Thursday’s championship match in the 62nd U.S. Senior Amateur Championship at Old Warson Country Club, which played to a par of 71 and measured 7,035 yards for the quarterfinals and semifinals.

Ryan, 62, of Taylorville, Ill., entered the week on the heels of claiming the Illinois Senior Amateur title and continued his strong play. On Tuesday, he eliminated two-time U.S. Senior Amateur winner Paul Simson, helped by a hole-in-one on the par-4 14th hole, the third known ace on a par 4 in USGA championship history. After beating Simson in 20 holes, Ryan ousted two-time U.S. Mid-Amateur champion and the medalist of this championship, Tim Jackson, 1 up, to reach the final.