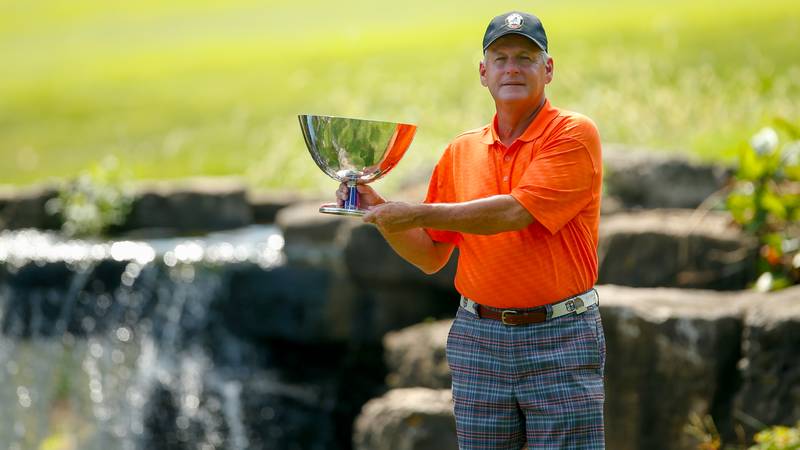 Dave Ryan rode a red-hot putting stroke to grab an early lead, then held off a late charge by Matthew Sughrue to win the 62nd U.S. Senior Amateur Championship, 2 up, at Old Warson Country Club, which played to a par of 71 and measured 6,956 yards for the 18-hole championship match.

In his 20-hole victory over Simson on Tuesday, Ryan made history by recording only the third known hole-in-one on a par-4 hole in a USGA championship, acing the 270-yard 14th hole. It was the 13th known double eagle in USGA championship history. Now, he’s a national champion, winning at the club where he qualified for his first USGA championship – the 1986 U.S. Amateur – 30 years ago.